Leonard Cohen turned 76 last week, so I decided to do a homage to the man who is, to me, the most talented songwriter within living memory. 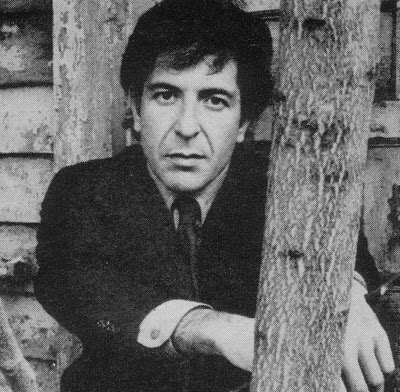 He doesn't resonate with some people because they find his songs and voice depressing. I would argue that he's meloncollie rather than morbid - his lyrics full of a spiritual romance towards pain. He finds beauty in the dichotomy of life, and for me his music is sad, but hopeful.

I recently watched a documentary about him called "I'm Your Man", which had an interesting feature: several eminent musicians (including.... Bono...) do covers of his songs.

Anthony from Anthony and the Johnsons does a masterful version of "If it be Your Will" (one of my personal favourites). If you're not a Lenny fan, it's worth listening to it, and to Jeff Buckley's version of "Hallelujah", to ascertain whether it's Cohen's music or voice that doesn't agree with you.

And for something a little different, musician / DJ / friend Dance Pig did this awesome remix of "Here it is". (Check out more of Dance Pig's stuff at www.dancepig.com)


Here are the Lenny originals, and a few more favourites:

Posted by Yolanda Barker at 9:06 PM

Yolanda, thanks for introducing me to the world of Leonard Cohen. I've started with Chelsea Hotel. Best bardic wishes, gwilym