Question:  What do Jude Law, the United Nations and a little known film maker called Jeremy Gilley have in common? 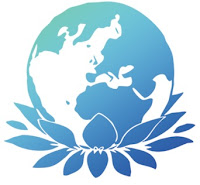 In September 2001, the United Nations created an international day of Peace: a day where people made an effort to bring peace into their immediate environments.  The hope was that that these peaceful actions would emanate outwards, and be a step towards creating a peaceful planet.

Unfortunately the day this event was supposed to be announced was the day two planes were flown into the twin towers.  The moment Peace Day became more relevant than ever, was also the moment that real efforts towards peace fell by the wayside.

The genesis behind the day came from a film maker called Jeremy Gilley.  In 1999 he began writing letters to the world leaders, calling for one day of Peace.

Aside from the obvious reasons behind undertaking such an initiative, it was also a way of estimating whether peace was even relevant anymore.  How open would the world be towards creating an international day of Peace?  Had it just become another word that we throw around?  This question was at the heart of his campaign.  Gilley documented his efforts, and with the support of Kofi Annan, the Dalai Lama (and a few celebrities) he succeeded in his mission.  His journey became a film called "Peace One Day". 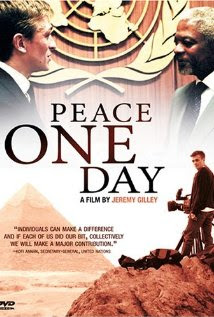 In his recent TED Talk, Gilley stressed the importance of every individual doing their bit for peace.  Personally I think Peace Day is an amazing idea, and I think people should get together and have Peace Parties.  Even if this just takes the form of a bunch of friends sharing time, at least it's motivated by a desire for something greater than ourselves.  Coming together with that in our minds can't be a bad thing?

Peace Day is on the 21st of September.  How will you spend yours? 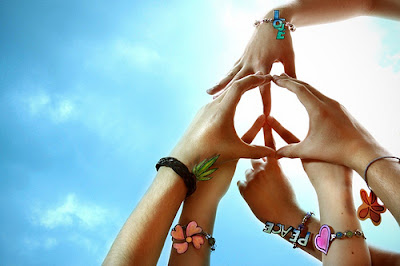