If The Beatles were bigger than Jesus, are the xx about to rival Coca Cola? 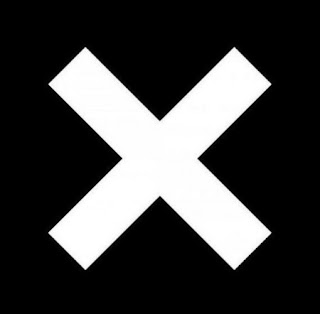 London band, the xx, are no stranger to success. Their sound has that special quality that allows everyone to connect with it: it's fresh, unique, and yet familiar. Critics love it, and commercially it's been used for the 2010 Winter Olympics, and TV shows like "Grey's Anatomy", and "Beverly Hills 90210".

Just think about how often you idly play with your phone. Now imagine how many people have iPhones. In this age of digital interactivity, an iPhone app brings a level of infamy we can't even anticipate. the xx are going to the mass consumer audience.

Crossing a fame barrier is a sensitive moment in any artist's career. As time passes, and the growing fan base obsess over their subtle and lyrical sound, critics will wait with baited breath for "the (disappointing? mind-blowing?) second album". Like lambs to the slaughter, pressure like this can kill creativity.

I'm not going to make any stupid puns about these guys having the X factor (although I think I just did..?), but I feel these guys have the talent to produce a second album that parallels their incredible debut. However - a lot of success comes down to being supported creatively in difficult moments. I hope they have a good manager.

Anyway, here's my favourite part: sharing their music :) One of the great things about this band is that they don't have "a song". Each of these tracks stands alone. Enjoy.

"Crystalised" was used during the 3rd season of the TV show 'Gossip Girl'.

"VCR" was featured in an episode of 'Lie to Me'.

"Islands" was used in 'Grey's Anatomy'.

(This video was directed by Saam Farahmand. He later created "an audio-visual sculpture" of their album, which was the inspiration for the iPhone app.)

the xx are a trio from London, England, United Kingdom, formed in 2005. They studyied at Elliott School: a institution which also gave birth to Hot Chip, Burial and Four Tet. They have all just turned twenty.
Posted by Yolanda Barker at 9:40 AM

Mark O' Cular ‎ Apple don't release apps (well ok technically they are the ones to approve them, so perhaps). i don't feel the xx are selling out.. the music industry is dead.. think about all the people who like the xx and how many actually bought the record...? it is the way things will go whereby bands have to make money in other ways... touring and merch is where it's at.. but if it's catchy the ad men will come a knockin..i'm sure that's hard to resist for a young band such as them..

personally i support the donateconomy for everything and this model has been proven to work. but the copyright lobby groups would rather make money in court room than concert halls these days and have dragged a lot of gullible musicians with them.
Thursday at 1:32pm · Unlike · 1 person

Yolanda Barker Mark, did you actually read the post?! I don't think they are selling out - just heading for difficult levels of infamy which I hope wont effect their creative output.

Mark O' Cular i did aye! i wouldn't have commented if i had not read it. :)
just saying to answer the question posed in the title i don't think they have (intentionally) sold out. they are an interesting example of the new wave of musicians and of how their music is 'sellable' in many new ways. the 'sell out' accusation is always placed on indie bands whereby the fan base who has feels a sense of connection with the artist expects them to live up to a standard of remaining 'fresh'. however, unfortunately as often is the case, artists do tend to get too comfortable after a wave of success and don't challenge themselves... this is often to do with record labels wanting them to replicate what they've done before... or a the artists resting in their laurels. i do hope that will no be the case with the xx as they really do hit the spot.
what i said on the outset though was re the "apple band / brand bit", that iOS is just another platform and bands will do well to be on top of that by discovering new ways to package their music.. (indeed for all mobile platform, even though i'm no fan of proprietary systems) i'd have simple said "the band have released a new app app on Apple's iOS platform" (which incidentally is not available as yet in the Ireland iTunes store).
good post.. i agree with your sentiments.

Yolanda Barker That's a really, really good point - what you're saying about Apple. This is the future of record labels!

Mark O' Cular sort of but not quite. Apple are the biggest music retailer in the US (and perhaps the whole world..) they have been since 2008.. the future of record labels is a hard one to gauge.. at present it looks like the majors are doing damage to their rep but they may well recover... i like the trend of musicians creating their own labels because it is much easier to get music out there today.. but it still needs promotion to get it heard... clever music videos, apps, etc.. but the good thing is that their may me less spoon-fed manufactured pop dominating the airwaves, netwaves etc.. it's now the people's choice awards.. for real... "the times they are a changing"
but if the copyright lobby groups get their way in courts it will be back in their control.
so called piracy is just the teething pains of a new age.. support good music.
:)