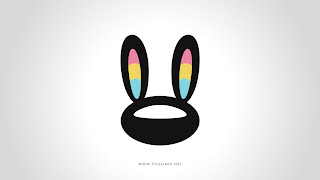 A few years ago on youtube I stumbled upon 'Alice' - a song entirely composed of sounds from the Disney film 'Alice in Wonderland'.  It was one of those moments where you feel you're experiencing something special.

Looking at his work is not only inspiring from a creative standpoint.  In these times of copyright/pirate warfare, Pogo seems to be giving massive corporations the finger, and getting away with it!  Read on...


Pogo (Nick Bertke) is an electronic music artist living in Perth, Western Australia. He creates music by taking chords, bass notes and vocal samples from a film, and sequencing the sounds together.  This sampling-and-remixing method of making music was first made popular in the 90's by House music producer and UK Garage influence Todd Edwards, but Pogo brought a new dimension to it by creating awesome electronic tunes from children's cartoons.

'Alice' is his most famous track (it's gotten nearly 5,000,000 views on YouTube) and since then Pogo has worked his way through the Disney films, producing tracks from 'Mary Poppins', 'The Sword in the Stone', 'Chitty Chitty Bang Bang', and most recently 'Snow White' ('Wishery').


Interestingly, off the back of this "plagiarism", Disney/Pixar, contacted him and commissioned him to compose a track from their film 'Up'.  The condition was that he remove his previous Disney mixes from public view.  Nick adhered, and produced 'Upular', plus two more commissioned mixes from 'Toy Story' ('Toyz Noize' and 'Buzzwing').  When his contract with Disney ended, the old Disney mixes were made public again ;D  Which is great, because personally I think these commissions pale beside his self-inspired work.  (I quite like this one from TV series 'Dexter').

Not everyone is as sympathetic as Disney though.  When Pogo released 'Bangarang' - featuring footage and sound samples from 'Hook', Sony Pictures Entertainment freaked out.  Pogo responded, saying:


"My work serves as free viral marketing to the organisations that own the films I sample from. It's high time the music industry pulls its head out of its ass, and realises that today's remix culture is an asset, not a liability. To shoot down the potential here would be utterly illogical."

He removed the video, but several YouTube users protested by uploading their own, previously saved versions of it (the same had previously been done for 'Alice').  Amazingly, the outcry was loud enough to convince Sony that they had made a mistake, and 'Bangarang' was returned to YouTube within weeks.

Another commission came Pogo's way in the form of 'Pirates Of The Caribbean'.  He regards the mix as one of his best, but Jerry Bruckheimer Films decided they want nothing to do with it.  On his blog, Pogo says:


"The sad reality is, Swashbuckle was contracted work. I’d literally have to start saving the money that Disney would sue me before making the decision to upload it. But who knows? It might just come to that. My music is my mark in this world. If I have to pay to watch it entertain millions of people, then so be it."

What a cool guy.

He continues to inspire fans, who often make tribute videos to him, which he acknowledges and applauds on his blog.

And want to hear something that will make you sick?  He was born in 1988.  I need to find some more late bloomers ;)

I highly recommend checking out his website, where all of his tracks are availbale for download as mp3s.
Posted by Yolanda Barker at 7:13 PM